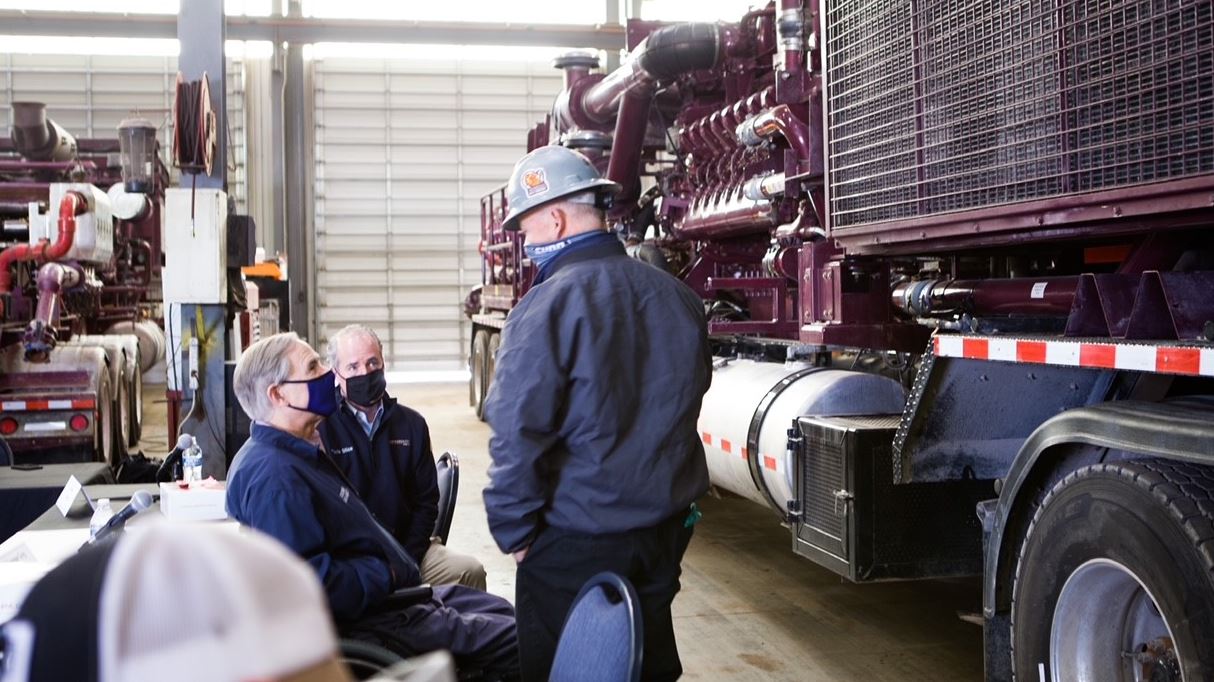 During a news conference in Odessa, the Republican governor vowed that Texas would pursue an aggressive legal strategy against the Biden administration.

Governor Greg Abbott today held a roundtable discussion in Odessa with energy workers, leaders, and advocates on how Texas can continue to support the energy industry and its workers and ensure a more prosperous future for the state of Texas. Following the roundtable, the Governor held a press conference where he issued an Executive Order to protect Texas’ energy industry from federal overreach. The Governor also announced his support for legislation that will prohibit cities from banning natural gas appliances.

The Governor’s Executive Order directs every state agency to use all lawful powers and tools to challenge any federal action that threatens the continued strength, vitality, and independence of the energy industry. Each state agency should work to identify potential litigation, notice-and-comment opportunities, and any other means of preventing federal overreach within the law.

What do you know about California? I’ve fished and stayed all over Texas. My family lives there. Nothing I hate more than oil refinery slur on my windshield. You don’t sound like you know what you’re talking about either. Maybe you’re a whole herd of silly rabbits. 🤡

Texas, the place where they can drill a frackin oil well in your back yard and you can't do one frackin thing about it. Abbott and the almighty frackin dollar!