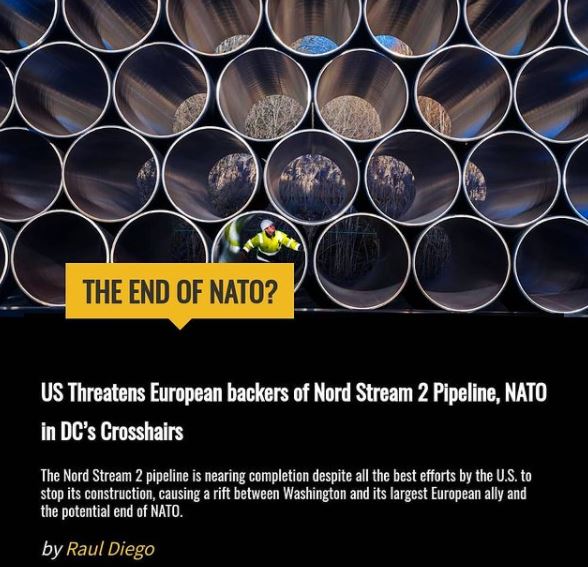 Russia has lashed out at Washington’s attempts to shoot down plans for the Nord Stream 2 pipeline, comparing it to ‘cowboy-style’ corporate raiding.

If completed, the pipeline would make Russian oil easier to access for Europes biggest economy Germany and would make it more reliable than if it was being routed through Ukraine. It would also make American oil a more expensive choice. That could be why American Politicians are pushing for sanctions to halt the new crude oil pipeline project, as it would compete against American oil.

Sanctions effect: “DNV GL will stop all activities to verify the Nord Stream 2 pipeline system in accordance with the sanctions, and as long as these sanctions remain in force. We are implementing a plan to curtail our support for the project,” the Oslo-based firm said in a statement.