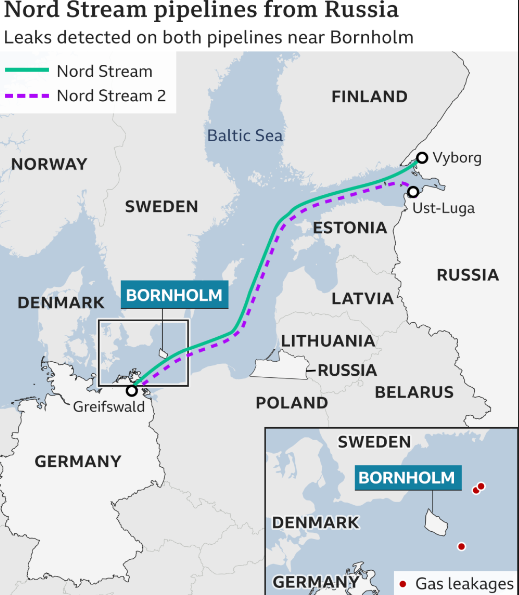 Many in the U.S are pointing the finger squarely at the U.S, even as Biden said he would launch an investigation after the situation calms down. But Russia isn’t satisfied with the group doing the investigation, as the group is comprised of countries currently waging a proxy war against Russia via Ukraine.

The U.S is expected to profit from the sabotage on the pipeline, As it would force Germany to buy LNG, American LNG. Biden had previously said the nord stream 2 pipeline would never be allowed to be in operation. pic.twitter.com/xZTi33Sg9Y