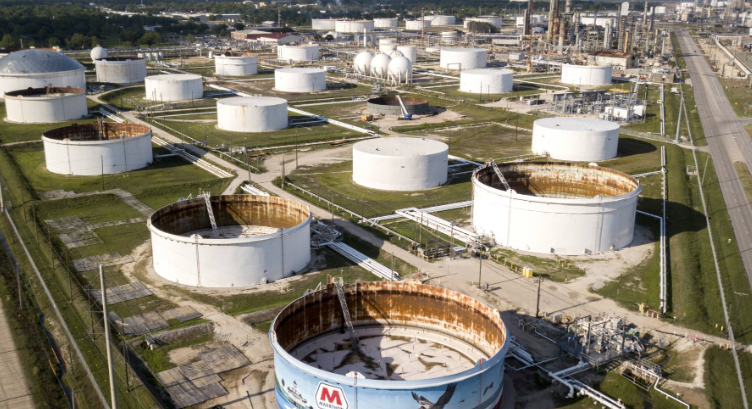 The United States will halt oil-reserve sales in order to fill its depleted stockpiles. This decision by the US Department of Energy comes as global oil demand is expected to increase and prices are rising. In this blog post, we will explore what a depletion in oil reserves may mean for the US economy and examine the implications of halting sales from these reserves.

How Oil Reserves Impact The US Economy

Oil reserves have a significant impact on the US economy, as they play an essential role in stabilizing supply and prices. As such, depleting stockpiles can be concerning for the country’s economic growth potential. A decrease in oil reserves means that production could be affected if there is not enough supply to meet demand. This could lead to higher prices for consumers, which could potentially dampen economic activity.

Due to the current volatile market conditions and global pandemic, reserves are considered an important tool for maintaining stability in oil markets. However, demand has not been strong enough over the past year due to travel restrictions and other measures implemented in response to COVID-19 which has resulted in an overall decrease in oil consumption worldwide. Prices have also dropped significantly as a result of this decrease in demand, leading some countries including Russia and Saudi Arabia to cut their output hoping this would help increase prices again. As such, it is key that the United States takes steps now to ensure that it has sufficient stockpiles so it can respond if necessary when global demand begins increasing again.

Halt on Sales from Oil Reserves

The Department of Energy has decided that halting sales from its Strategic Petroleum Reserve (SPR) would be one way of replenishing its depleted supplies and stocking up for future needs. The SPR’s purpose is primarily for emergency situations such as war or natural disasters; however, under certain circumstances it can release supplies onto the global market if needed for price stabilization or other reasons such as combating high inflation rates or extreme weather events. The decision came after President Biden requested a review of selling authority from his administration earlier this year, with an emphasis on taking into account long-term energy security considerations when making decisions about future releases from SPR supplies.

Refilling depleted stockpiles is one way that the United States can ensure it has adequate supplies should they be needed later on down the line due to increased demand or unforeseen events such as wars or natural disasters that require extra resources beyond what is currently available. Halting sales from these reserves gives the US time to build up necessary stocks so it can accommodate any sudden changes in supply or demand without disrupting markets too much and keep prices stable at acceptable levels for consumers and businesses alike. It’s clear that having access to reliable sources of energy will be increasingly important going forward especially given current market conditions; thus, taking steps now towards building up stockpiles makes sense for both short-term and long-term economic security considerations moving forward.